I’ve been wanting to visit the Skagit Valley Malting facility for a while, mostly because it’s only an hour and a half away from where I live. In a relatively short time span, they’ve expanded to the point where this year they will be able to store 12 million pounds of grain in their silos. They’ve got quite a few videos on their website FAQ section describing their operation if you haven’t seen them already they’re worth a look. They’re also on Facebook 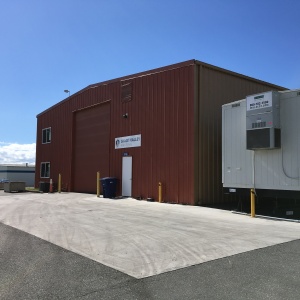 where you can see lots of video footage and photos.

What I think is very cool about this place is they’re malting locally grown grain, all grown within 12 miles (except for some organic grain which is grown in Delta B.C. which is literally a stone’s throw away from my garden!). The Skagit Valley is mostly known for it’s seed and tulip bulb production. Most of the barley grown here used to go to the commodity feed market. Now Skagit Valley Malting gives local farmers a new and better market opportunity. As it turns out because of the temperate summers this area is very well suited to grow barley and since they buy the grain directly from the growers they can work together to select and grow the best malting varieties for the area. 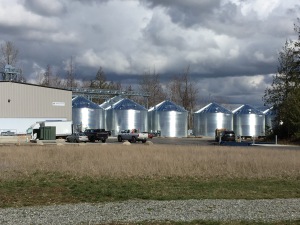 How they malt their grain is truly innovative. This is the really cool part, their patented single vessel units do everything from steeping to finishing, what comes out of the vessels goes right into the bags. These things are huge and were designed and built on site. Each one holds 9 tons of barley.  Firstly, water enters the vessels through a pipe in the side. The grain is steeped using an absorption method, that is, only the specific amount of water is used that will achieve their desired moisture content. Because the vessels are being rotated the barley absorbs the water uniformly. The vessels continue to rotate throughout the germination. Temperature and airflow are controlled through more pipes that run the length of the vessel inside. This is how the grain is kilned and finally the wedge-wire screens inside provide enough abrasion to de-culm the malt once it’s dried. Air is then sucked out of the vessel taking the root material through the waste port and leaving the grain clean and ready to bag. How awesome is that! I had asked if they sold bags of raw barley which they do but I would have to buy 2,000 lbs of it hmmmm, I considered that for a minute. Instead they gave me a 50 lb. bag to play with in exchange for blog posts, fun.Special thanks to everyone at Skagit Valley Malting and to Adam Foy and Scott Pelton for answering all my annoying questions

They’re planning to fill this space with more vessels. On the right side is the original pilot vessel which is now used for test batches. 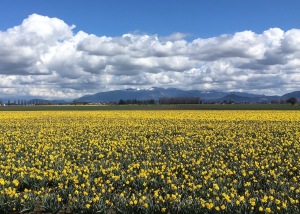 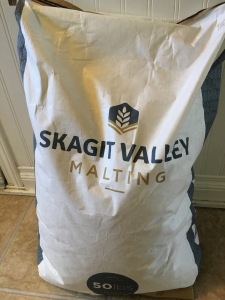 I’ve recently joined the Home Maltsters Group on Facebook to talk about all things that are malty. Join the conversation and share your malting adventures or learn about the best hobby to have besides brewing. This page was set up earlier this month by Riley Porter, Ben Pelletier and Greg Cossey, you guys rock!

Posted by jfdyment on March 24, 2019 in Uncategorized

The snow has finally melted so it’s time to plant. This year I’m growing mostly Chevallier with one bed of Jet (Thanks John!). It was a super nice day and I managed to get it all done before lunch. Here’s the process in pictures:

First step: Remove the straw mulch which worked really well for suppressing the weeds. I put it on my other plot.

Step 2: Dig up the beets and carrots I had overwintering in the ground

Next job, spreading the compost piles and sifting out the woody material, rhizomes and weeds.

The rows worked well last year and makes it easier to weed. These rows were 8 inches apart with 5 rows per bed. 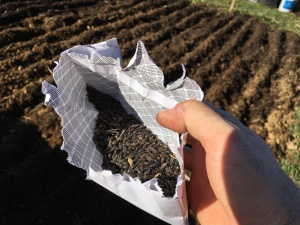 Here’s the Jet barley sent to me from my buddy John.

After I put the seed in I push my foot between the rows which pushes the soil into the rows. 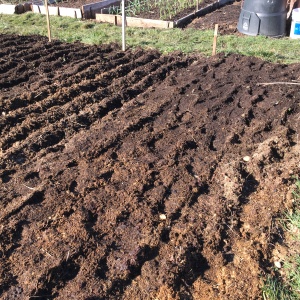 Then I walk on top of it to make sure the seed has good contact with the soil.

Finally I cover all the beds with Remay for two weeks to protect the seed from the crows. After two weeks it should be up a few inches, I’ll take off the Remay and put up a scarecrow.

Posted by jfdyment on March 21, 2019 in Garden Updates

Cultivating fermented food and drinks one jar at a time

They Who Drink Beer Will Think Beer

Law librarian, brewer's wife and mom of three girls (not necessarily in that order)

From Plants to Beer

The real route of beer

My Own Home Brew

My record and experience in brewing

Romping around the world and Nguyening since March 2014.

Gardening hops, grains, vegetables, and brewing beer in South Louisiana. And they said it couldn't be done....

Brewing small batches of craft beer in a 650 sqft apartment

The homebrewing adventures of a Boston sports fan

If Not Now, When?